Deborah Tannen, in Talking from 9 to 5, and others have documented how women use different language patterns than men. It is not that these are mistakes in and of themselves, since they are simply different conventions. The risk occurs when women do not recognize how some habits are interpreted by some men. Both men AND women misinterpret their language differences, taking them too literally and attaching attributes too automatically instead of seeing them as mere habits that may not reflect deeper character traits. As we review in Organizational Savvy: Shattering the Glass Ceiling, here are a few areas to monitor that can impact the Corporate Buzz and political impact of women: 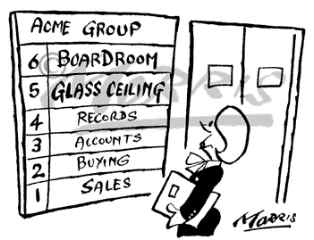 My next Women’s Politics Pitfalls blog will deal with several more classic female behavioral patterns inviting potentially risky Corporate Buzz, so that you are fully aware of patterns and their outcomes in the political arena. Stay tuned!

… thank you for such a majestic and educational training session last week Irrefutably, I feel awakened and will strive to become more aware, understanding, tolerant, flexible, and responsive toward the political environment… This course has had a profound impact… “Fortune 10 Bank”

This has been one of the most applicable and helpful courses I have taken…This is a “must have” course for all managers…found the stories relevant, on point, and useful…Politics and networking were negative to me before. Now I certainly am… “Discover Financial Services”