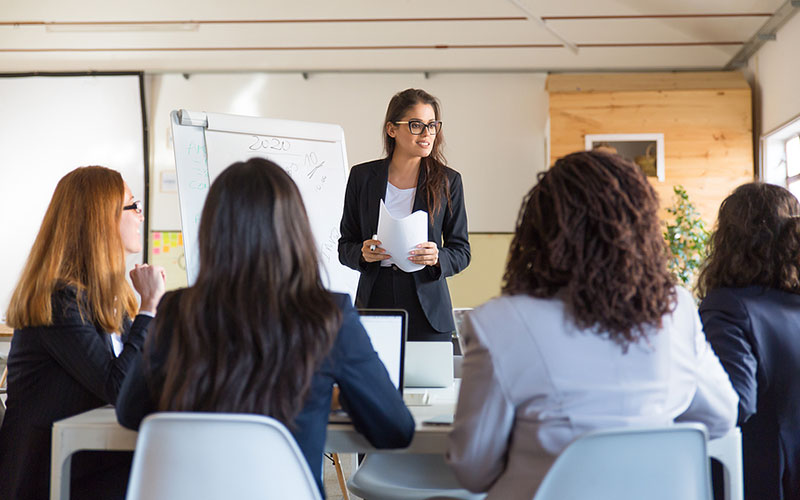 Next month, I’m addressing the Healthcare Businesswomen’s Association’s annual Leadership Conference on women’s political blind spots, so I’m writing several blogs on this focused niche–– ethical politics for women. To keep myself honest, I’ll first address three common resistance points about the very premise of treating women as a politically marginalized group: Are such niche programs (1) obsolete due to recent advances for women in business,  (2) passé’ because historic sex-role stereotypes are outdated, or (3) divisive by creating a greater schism between genders or generating anger about double standards or inequities?

Is the Glass Ceiling “Obsolete?”

There are still shockingly low percentages of women in the upper echelons of corporate life and alarming  compensation discrepancies. Sure, we can point to Andrea Jung at Avon, Carol Bartz at Yahoo!, Meg Whitman of e-Bay (oops, no more), and Carly Fiorino at Hewlett-Packard (oops, no more), or Hillary Clinton’s post as Secretary of State and nearly president. But the gaps are resounding, as cited by the National Council for Research on Women, with scores of conferences, articles, and forums addressing ongoing struggles. And let’s not let progress breed complacency. President Obama’s election was source of pride for all Americans, regardless of political preferences. It validates progress in equality among the races. But to believe inequities or discrimination have dissolved is naïve. That’s why Jackson State University had us deliver Organizational Savvy in their Black Executives Doctoral Program, and many clients install our Organizational Savvy: Shattering the Glass Ceiling. Just yesterday, California first lady Maria Shriver presided over the annual nonpartisan Women’s Conference, the nation’s top gathering of the most influential women in corporate, political, and entertainment arenas, drawing over 15,000 attendees.

Is Organizational Savvy for Women “Passe’?”

Do specialized women’s leadership courses perpetuate out of date sex-role stereotyping? Admittedly, we’ve come a long way since traditional gender-based stereotyping prevailed (e.g., the classic Southern belle “stand by your man” norm). So we are ambivalent about making unqualified generalizations about gender preferences around power, language customs, and behavioral patterns. Many sex-role stereotypes have relaxed, especially within business. Yet, many stereotypes have a ‘hook of truth” that started somewhere before getting blown out of proportion.

There are some differences between men and women that can result in certain “corporate buzz,” perceptions, and reputations that harm women’s influence, impact, and career mobility. Sometimes, unfair labels circulate if women speak in more nurturing ways, wisely ask for directions to avoid inefficiencies, or use language that softens their stance to be less absolutist. Debra Tannen’s ground-breaking book, Talking from 9 to 5: Men and Women at Work, validates how behavioral trends do exist at work (whether or NOT you believe men are from Mars and women are from Venus!). Sadly, such gender-related habitual differences may result in labels for women like “needy,” “doesn’t take a stand,” or “pushover.” At times, women may even be discredited, marginalized, or sabotaged for the very same behaviors and traits that make men successful. Remember the “Hillary Factor” that dominated the Democratic primaries between Clinton and Obama?

Such considerations will be my focus in the next few blogs on Politics Pitfalls for Women. But as you read my blogs about the common political mistakes by women, please take them with a grain of salt. Filter the organizational savvy ideas through the lens of your own uniqueness, the cultural norms of your organization, and the biases of your managers. Ask mentors to provide insight on how the mistakes apply to your organization.

Are Programs for Women “Divisive?”

Some people––mostly men, but even some women–– fear that women’s programs engender resentment. But we find that only when marginalized groups are disempowered without hope that reactionary responses occur. Women’s networks, diversity initiatives, and leadership institutes for women can carry a message of hope and determination versus desperation, despair, and disgruntlement. A more militant, feminist posture during the 60’s and 70’s was demanded when the women’s movement was in its infancy. Today’s solutions attack the problem in more uplifting, inclusive, and non-divisive ways.

For example, WOMEN Unlimited, founded by Jean Otte, and featured on 60 Minutes, is a nationally respected leadership institute whose acronym is clever: Women’s Organization for Mentoring, Education, and Networking. The mission is to achieve greater workplace parity, but not through alienation or outrage, but by cultivating leadership excellence, empowerment, learning, and accountability. The spirit is one of collaborative, forward momentum–– joining hands with male executives who are also invited to be mentors as opposed to playing “ain’t it awful” at the water cooler.

In the same spirit, my blogs on Politics Pitfalls for Women intend to move women from whining to winning, to honor our gender differences without stereotyping or boxing, and to celebrate our progress without denying the the glass ceiling.

… thank you for such a majestic and educational training session last week Irrefutably, I feel awakened and will strive to become more aware, understanding, tolerant, flexible, and responsive toward the political environment… This course has had a profound impact on me and my future.

We’re really happy with the Organizational Savvy Webinar feedback. One participant wrote me thanking me for offering it, saying it was by far the most engaging, interactive webinar she’d ever experienced.