This week’s Guest Author is Ken Bruss, Ed.D. Ken has extensive experience managing the implications of Organizational and Political Savvy inherent in quality and process improvement initiatives. A primary area of focus has been New Product Development processes. Ken will be contributing a few blog entries based upon his experience. 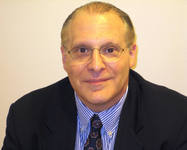 Why is Political Savvy Critical for Six Sigma Success? It seems every day we read about another company reporting amazing financial results attributable to a Six Sigma initiative. Led by Black Belt masters religiously deploying statistical methods these companies are successfully eliminating variability from their processes and defects from their products.

On occasion, the same business journals report on companies failing to experience anticipated benefits from their Six Sigma initiatives. Post mortem data indicates that frequently the root cause for disappointing results is failure to achieve company-wide buy-in. This is surprising, since unlike many other process improvement initiatives, Six Sigma heavily focuses on securing active senior and middle management support. One of the fundamentals is creating a robust infrastructure (e.g., green belts, black belts…).

Kissing the Frog. In other instances we read about a perceived struggle between achieving efficiency and  fostering innovation. For companies whose lifeblood is new products, complaints that Six Sigma stifles creativity can’t easily be ignored. Inherent in the front end of New Product Development is risk. As technologists push the envelope and explore unknowns, failures will occur. The slogan “you need to kiss a lot of frogs to find a prince” hangs in many Silicon Valley cubicles. Six Sigma data analysis would  have recommended killing many development efforts which subsequently resulted in profitable, breakthrough products. As software companies attempt to manage risks by implementing “lean” and “agile” approaches to development their goal isn’t to eliminate failure, but simply surface it sooner.

How Does Political Savvy Address This Innovation versus Efficiency Challenge? Brandon Partners’ Political Styles model teaches about two distinct organizational influencing styles with contrasting world views about true Power, Politics, the role of Perception in idea approval, and Promotion of yourself and your results. On a very basic level Six Sigma is totally consistent with the less political style’s (Power of Idea’s) approach to work and organizational politics–– which is to put faith in “Substance Power” and count of the data and results speaking for themselves. In organizations where a Power of Idea’s orientation is the cultural norm, this posture will experience smooth sailing. These are organizations, after all, where power resides in facts, logic and analysis, not hierarchical status; where decisions are based on meritocracy, not relationships.

Many organizations, however, don’t operate this way. While they may not suffer from being “Overly Political,” a slightly more political, but still highly ethical political style (Power of Person) is also very active and appropriate. Here, for Six Sigma initiatives to take hold, dazzling statistical analysis isn’t sufficient. In such company cultures, decisions and resource commitments have already been informally made before the official “decision-making” meeting is held. To be effective, Six Sigma practitioners need to lift their head from the data and become politically savvy, engaging in what Brandon and Seldman in Survival of the Savvy (Free Press, 2004) call “Ethical Lobbying.” This doesn’t mean that Power of Person Six Sigma leaders need to compromise their methods or principles, but simple sell them more effectively to stakeholders across the enterprise. In up-coming Blogs we’ll explore how being Politically Savvy can contribute to Six Sigma success.

Very insightful, practical and useful. Real food for thought…excellent, engaging, knowledgeable trainer…really interesting eye-opener that will definitely help me in my work life!…Provided insight on what to look for in a political game…one of the best courses at Autodesk…Instructor was amazing, he was engaging the whole time…the instructor was phenomenally dynamic. Got us out of… “Autodesk”

Rick is at the top of his game. He takes the mystique out of office politics and offers many tools on how to approach the issue. In addition to positive comments about his overall model, evaluations mentioned his section on “buzz,” the opinions circulating about you, as especially informative, as well as his section on… “Institute for Management Studies – Chairperson”